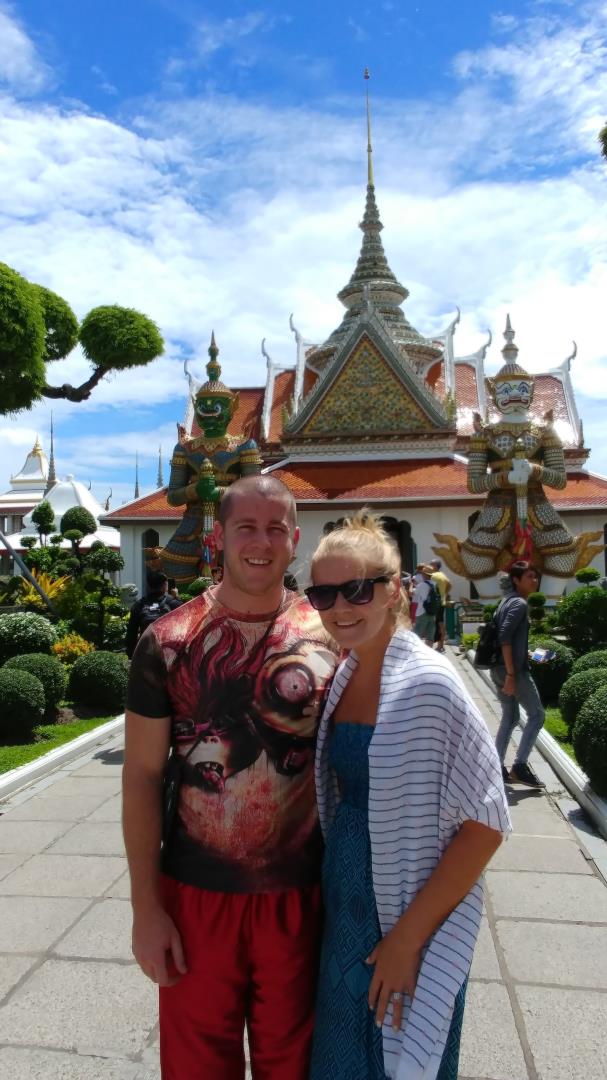 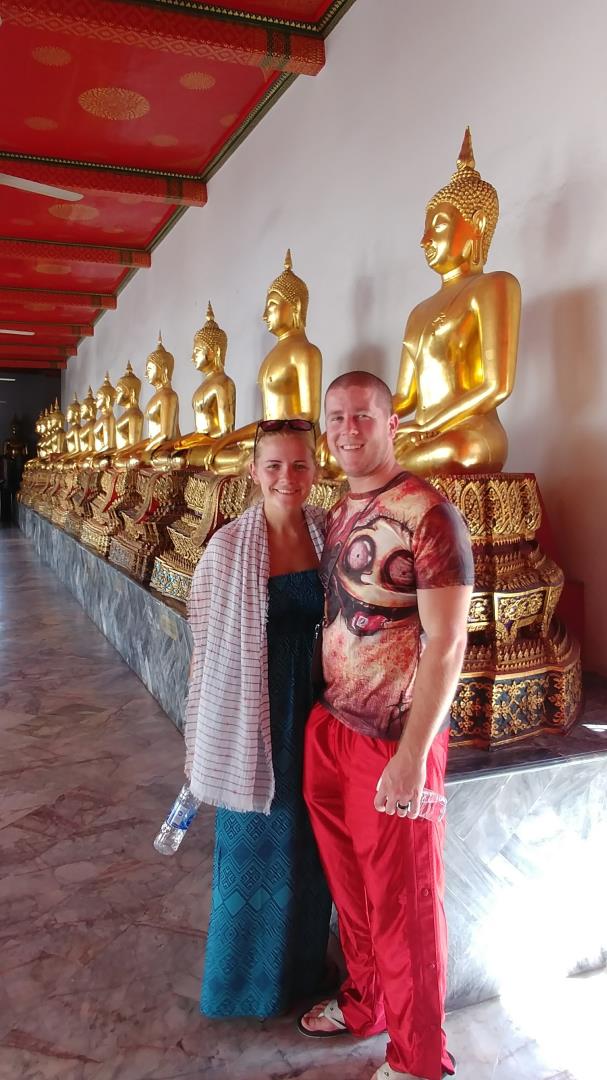 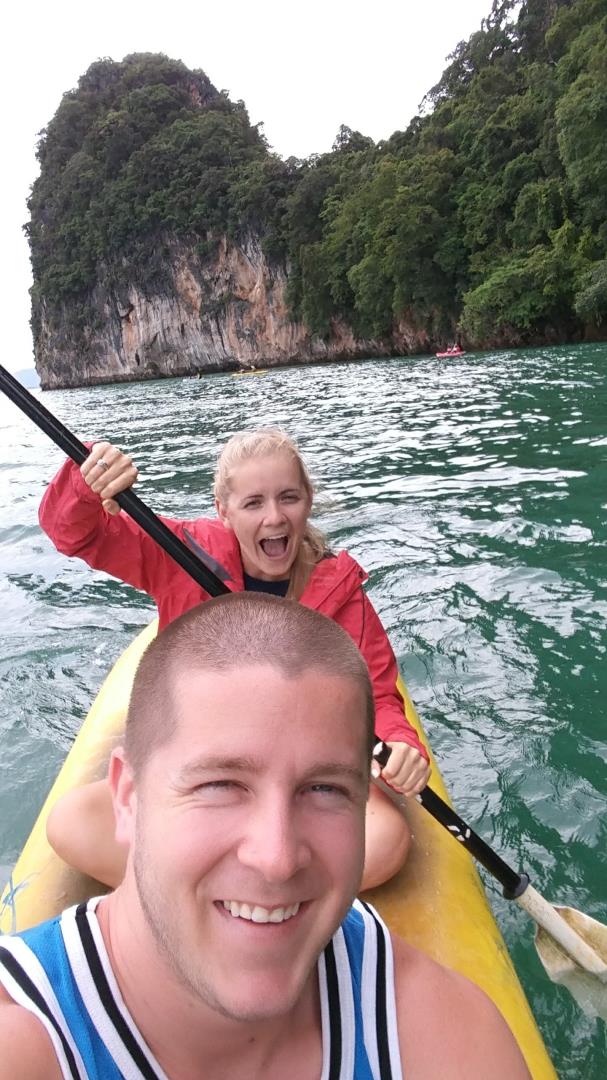 Hey Lisa!
We loved it! I can give you a little rundown.

Bangkok was insane/crazy.  A guide had described it saying 17 million people live in Thailand and 15 million live in Bangkok alone. We were exhausted when we first landed.  Our first dinner we did at the hotel and the food was great. We loved the temple tour we did there.  The first hotel was nice.  We went to the outdoor pool and hot tub, which was really nice.  Had some amazing views.  To sum it up, we liked Bangkok but wouldn't go back.  Or maybe just not have that be our first stop from landing.
Chiang Mai was hands down our favorite. To start, the hotel staff were unbelievable here.  They were so nice and welcoming and the his hotel was spectacular (our favorite).  The pool was gorgeous, the amenities were awesome and our room was beautiful.  We had a lot planned for Chiang Mai and didn't get to do too much at the hotel but we would go back here in a heartbeat.  The tribe tour and temple tour was really neat.  I thought we would meet people in the tribe tour but it was just a museum type thing with information on the tribe people.  The temple was awesome and the culture you experience is like nothing else.
We got a two hour massage for 15 dollars right outside the resort. That experience was nothing like the states.  They climb all over you and work you in ways you didn't know was possible.  We also did a river dinner cruise and both fell asleep because we were so exhausted.
And then the elephant tour.  I do not even know where to begin.  Honestly, our favorite part of the trip.  I felt the animals were well cared for and you got to be extremely hands on with the elephants.  A trainer was always next to you, which made you feel a little safer.  They served really delicious food there as well.  We also went to a dinner/show the first night where they performed music and dances and served you a meal on the floor.  Again, food was great.  We did book some of the other tours through tour east. We rode in the tuk tuks.  Those were awesome!
Phuket was gorgeous. Again, the hotel was neat.  Many pools that were fantastic.  Staff was nice and pleasant to be around.  Their breakfast was probably the best. Wide variety and selection.  We booked another tour through the hotel to Banana Beach.  It was touristy but pretty. We got to snorkel and they provided a decent meal as well. The last tour we had scheduled was incredible.  It was like you were in another world. Each couple had a tour guide for the kayak and they brought you through these little caves in the ocean.  The tour guide had us all lay down flat in order to enter into these caves.  Once you got through the rock caves, it opened up into this lagoon.  Like I said, just unreal.  Honestly, the food on this boat was one of our favorites.  The boat crew were fun and entertaining.  And you learned some cultural things as well.
Overall, we experienced high and low end food.  All of it was amazing. I went on trip advisor and found most places to go to.  We ate at the hotel and outside and felt completely safe.  Cab fare was always reasonable.  In Phuket, your cab driver will wait up to 4 hours if they drop you off somewhere.  Neither of us got sick with the food.  We stayed away from street food though.  Mosquitos were not bad at this time.  I was worried they would be.  It rained here and there but nothing to ruin our day.
If we could go back, we would go! We wish we could have stayed just a little bit longer.  And honestly, nothing went wrong the entire trip.  Tour east was fantastic with providing the information at each hotel.
Brittany and Ryan

Thank you for supporting our family owned business!